Ghosts, Demons and the Gray Line of Reality – Part 2 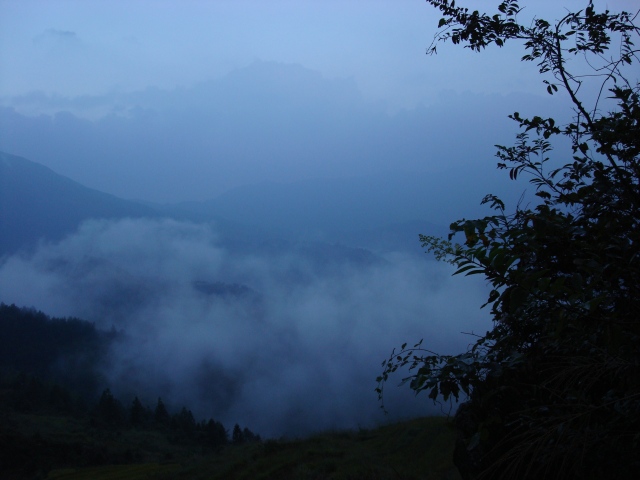 People love to share scary stories, whether or not they believe them. All the incidents described the the librarians to me were hearsay evidence only and personal anecdotes. They were harmless to the great extend and didn’t hinder us from doing out work. If anything, it meant that the first floor was shelved in record time. Looking back, I can see a strong emotional element in my reaction to the stories and desire to believe them because of their fantastic nature. Did boys on the sixth floor really get their heads slapped by the ghost of the first librarian? I don’t know. Makes a good story though, and so it has been repeated and repeated. I asked my boyfriend who studied there if he ever had his head slapped. He said no but agreed that maybe some guys up there did need their heads slapped. Ever heard of “playing” around in the stacks? Sacrilege! Think of all those books, recklessly endangered!

There was one professor who had done a research project on campus with a former student. They planted faked evidence of a student back in the early 1900’s, going so far as to insert a name into the student register and other pieces of paperwork to confirm his existence. I’m not sure how their work was published, but they concocted a story of a young man who arrive, I believe received a letter that disturbed him and then jumped from the English building to his death, a very believable jumping place, considering its height and location on the top of steep hill. Then they set out to make it as if the English building was still haunted. To the best of my knowledge, the story stuck. I definitely heard of the English building ghost as a real ghost story before someone clued me in the fabrication experiment. The student and professor wanted to see if they could create ‘evidence’ of the ghost. To the best of my knowledge, the student is still in the register and the story is still floating around.

So are there ghosts? I’m not making any flat out statements. Even though I carry on a love affair with fantasy in my personal life, I prefer to make decisions based on facts and science. I grew up scared to death of an evil satan and his demons and displeasing a harsh judgmental god. Now I want to live my life by what I see and know and if ghosts are real and really, really want me to believe in them, they’ll show up and hang around for my science friends to come document them for solid evidence. 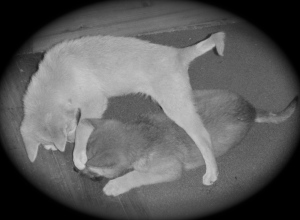 I believe many of us who choose logic and proof on which to base our beliefs will always watch the fantastical beliefs and experiences of others and wish that they could be true. I want unicorns to be real. Having a Pegasus show up would be amazing. Meeting a Jedi would make my year. I still cling to the mainstays of the stories in the gospels of the Christian Bible and prefer to hear them in the old English King James Version. But do these ideas rule my life? No. They can’t.

There will always be unexplained events, dreams that trouble you and follow you through the day. I’m not writing off a spiritual component to the human existence. I suspect that what many of us call spiritual is simple the glimmers of a further human possibility that one day science will explain to us. I don’t know why I’ve had a sudden urge to call a friend or family member now and again and found out that they really needed to talk to someone . I can’t explain why speaking to my feeling of my grandfather’s presence years after he died brought me closure and a sense of being fully loved and wrapped in his arms. These experiences are part of our lives. They are chapters in our experiences and make up our existence. Therefore, they are pieces in the complexity of the who which we are as humans.

What we cannot explain should not rule us. Someday, maybe we will have the answers. When I studied marital arts, there were things I quickly learned to do with my mind and body that I had previously found impossible. The explanations were absurdly simple in the end. The difference between believing something is fantastic and unexplainable or real and testable is often a slender line of knowledge.

Are there ghosts? Decide for yourself. They made my college experience a bit more colorful and whiled a way several dull evenings on the night shift of the academic library. So I suppose, real or not, they did exist, for a moment at least, in our imaginations.

2 Responses to Ghosts, Demons and the Gray Line of Reality – Part 2