10 Shrines of History, Politics, and Wonder – a.k.a. Museums

Museums throw open the doors to the past, the future, and the facts and opinions we might never otherwise come in contact with. Recently, Knyght and I visit The Field Museum of Natural History in Chicago. We meant to stay just a few hours and actually were there for over six hours, even though it was our third visit. In honor of the occasion and the cold nature of February in the north, I’ve compiled ten of my favorite museums in the world.

This list will change as I continue traveling but here it is as it stands now. I’ve enjoyed all but three of these places multiple times. Sanxingdui would be on the multiple list, but it’s too far from my regular travels. So, in no particular order, here they are.

The Field Museum of Natural History

The exhibits change frequently and the standard exhibits are amazing.  Sue the T-rex and multiple other actual fossils reside here. You can literally walk until your Fit-bit is happy and your feet want to fall off and still find new things to entrance you. They’ve built the preserved remains of an Egyptian mummy burial chamber into the the museums structure, so you can literally descend inside of it, as you would where it was originally placed.

There’s really no words to sum this place up, other than I could keep going back again and again to this place. There is one hall that houses an entire ancient Egyptian temple with reflection pools completing it. The Napoleon wars have left scribblings on the walls, along with the original inscriptions. And halls extend on forevver. If there’s something you’re interested in, from ancient instruments and original pianofortes to impressionists, you can find it here, in abundance. Be prepared to get lost.

The Art Institute in Chicago 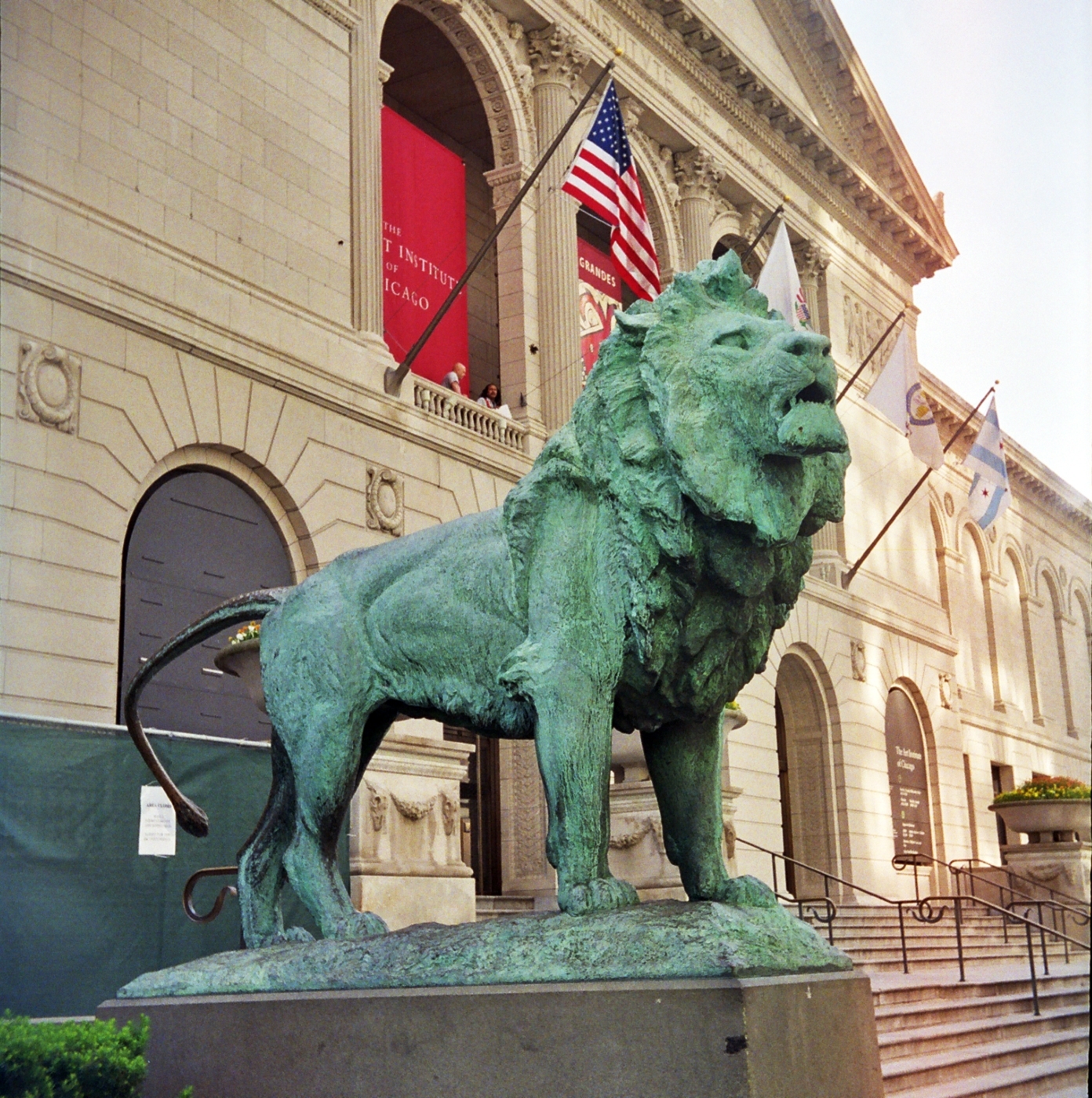 This is another large museum of brilliant pieces. Walking through this place is like flipping through an art history textbook at school but much better. The range is entertaining, from historical satirical comics to Rembrandt’s “Old Man with a Gold Chain”, it’s here on display. Knyght and I wish there was more Middle Eastern and Arabian culture artifacts, as what they had was beautiful but limited. There’s a definite European and U.S.A. focus on the collections. That seems par for the course for U.S. museums, however. The African selection was several sizes larger than the Arabian and quite interesting.

The Asian Art Museum in Seattle 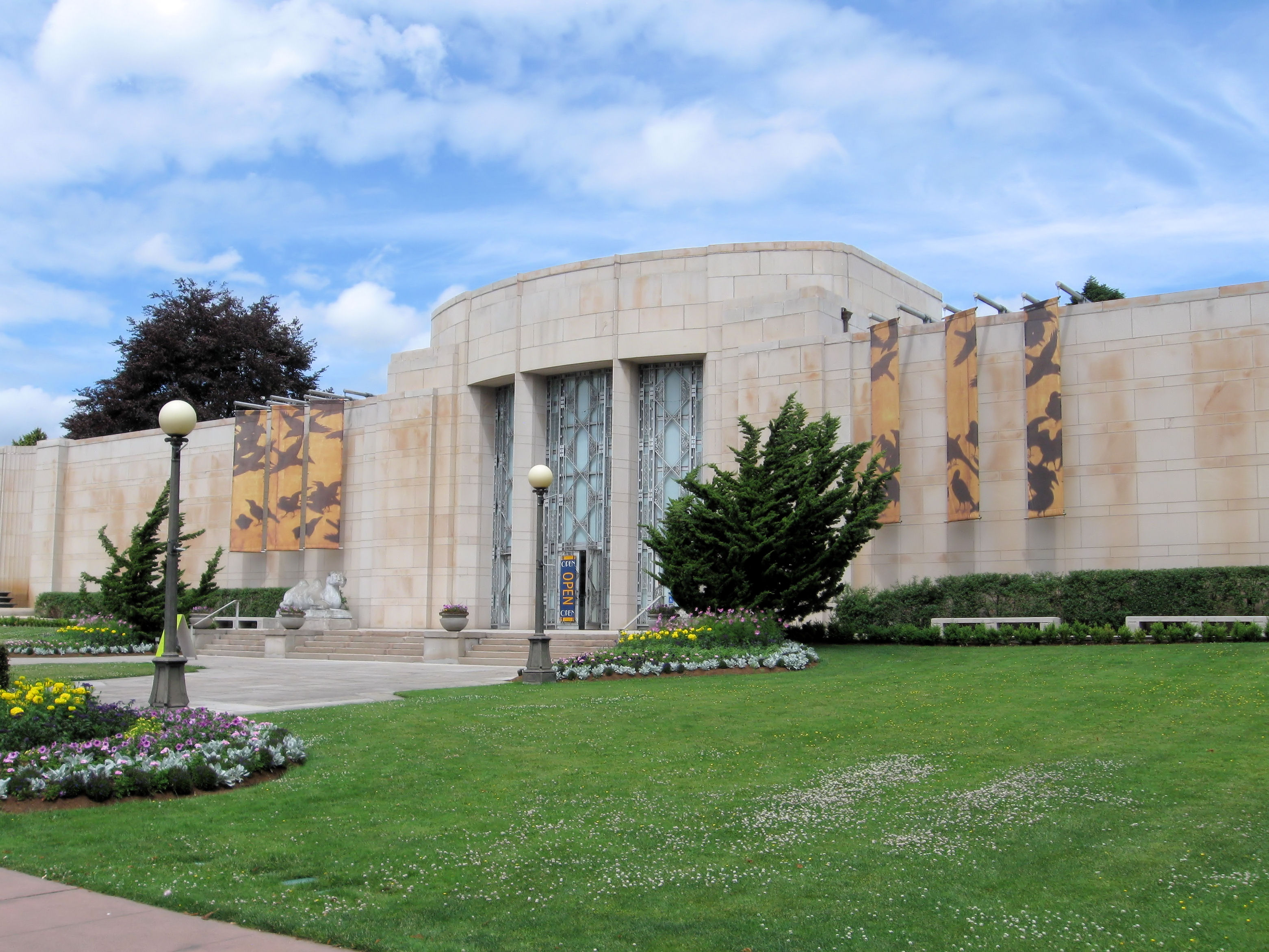 This is not the largest museum but it is so earnest and the pieces are fascinating. They have works from all over Eastern and Southeast Asia, as well as India. I’ve gone back several times, even after living in Asia. You can easily spend several hours here and leave quite satisfied. It also grants one a beautiful view of the Puget Sound and the coastline of Seattle. 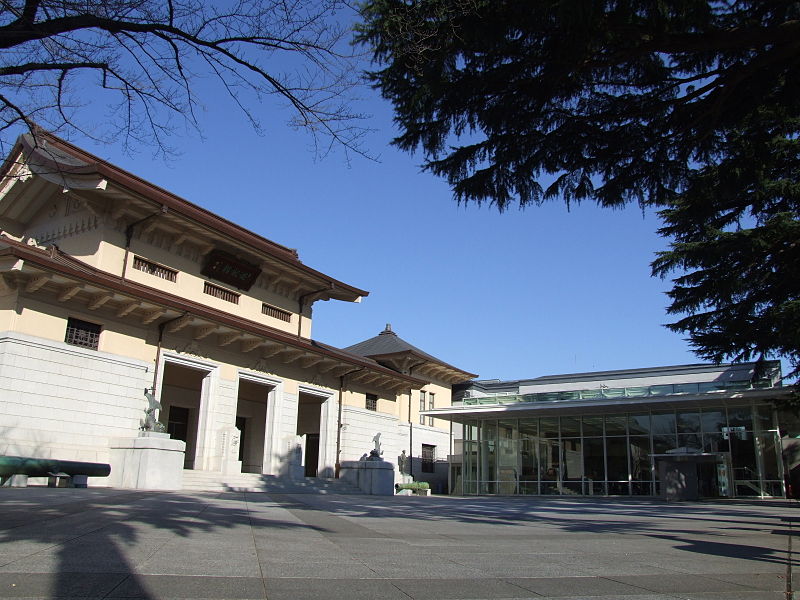 The Yasukuni Shrine in the same complex as this museum is a lighting rod of international political tension. One does not have to visit the shrine however, to visit the museum. One can easily walk past the religious sector, past a Kabuki stage and approach the modern looking glass doors above.

I consider this museum as part of a set in my particular experience. I’ve visited museums in four different countries covering the first half of the 20th century and each country, namely the U.S., China, South Korea, and Japan. Each tells a different story. I enjoyed the Japanese memory as a compliment to the other three version of the three events. The truth, I’m certain, falls somewhere between the political narratives. The museum is tasteful and less in your face than the military museum in Beijing. Anyone with the ability to even mildly display their own personal viewpoint can definitely enjoy this reserve of artifacts and timelines. Some of the historical period pieces like the samurai warrior regalia is downright amazing and gorgeous.

This is my favorite museum in China. Unfortunately, I was rushed through it as part of a tour. I’d love to go back but alas, it’s all the way in Chengdu. This museum though, underscores for me, the hypocrisy of the current political narrative coming from Beijing of a cohesive Chinese empire stretching back 5,000 years and though, not directly stated, claiming sovereignty over the entire current land mass of China today. Chinese culture is ancient, but it’s also much more diverse than often given credit in the political narrative. Museums, are inherently statements of identity and politics and this one tries to walk the political line less than others, at least when I visited it.

This museum is based on the artifacts of a fairly recent discovering in Sichuan of a culture radically different from people in China today. The culture is Bronze Age and has been linked to the Shu dynasty – the Shu dynasty ended around 316 B.C.E. – in Chinese historical records in part because of the protruding eye motifs found in many of the figurines at the dig. It is very different, just based on the objects, from any other museum I visited in this country.

Like the museums in Japan and China above, this museum is all about identity and political narrative, starting with it’s name, The National Museum of Korea, instead of the national museum of South Korea. Inside, the placards are in several languages, including English. The political statements are very strong and the pride of Korean heritage as a separate and distinct even in the world history is very apparent but the displays are so educational and creative, that I very much enjoyed my dose of politics with my history. Probably the funniest moment was when I visited the traveling Greek and Roman history display that was passing through and saw a clay pot depicting a nobleman about to enjoy his young slave in a carnal fashion. The English caption for the piece was quite blunt. It read, “Getting it in”. I was both horrified and laughing in my sleeve, because it was a Sunday and I was surrounded by at least a dozen kids and their parents who were visiting after church. Culture clash or class! There was a dash of humor like that in many places, at least in the English translations. 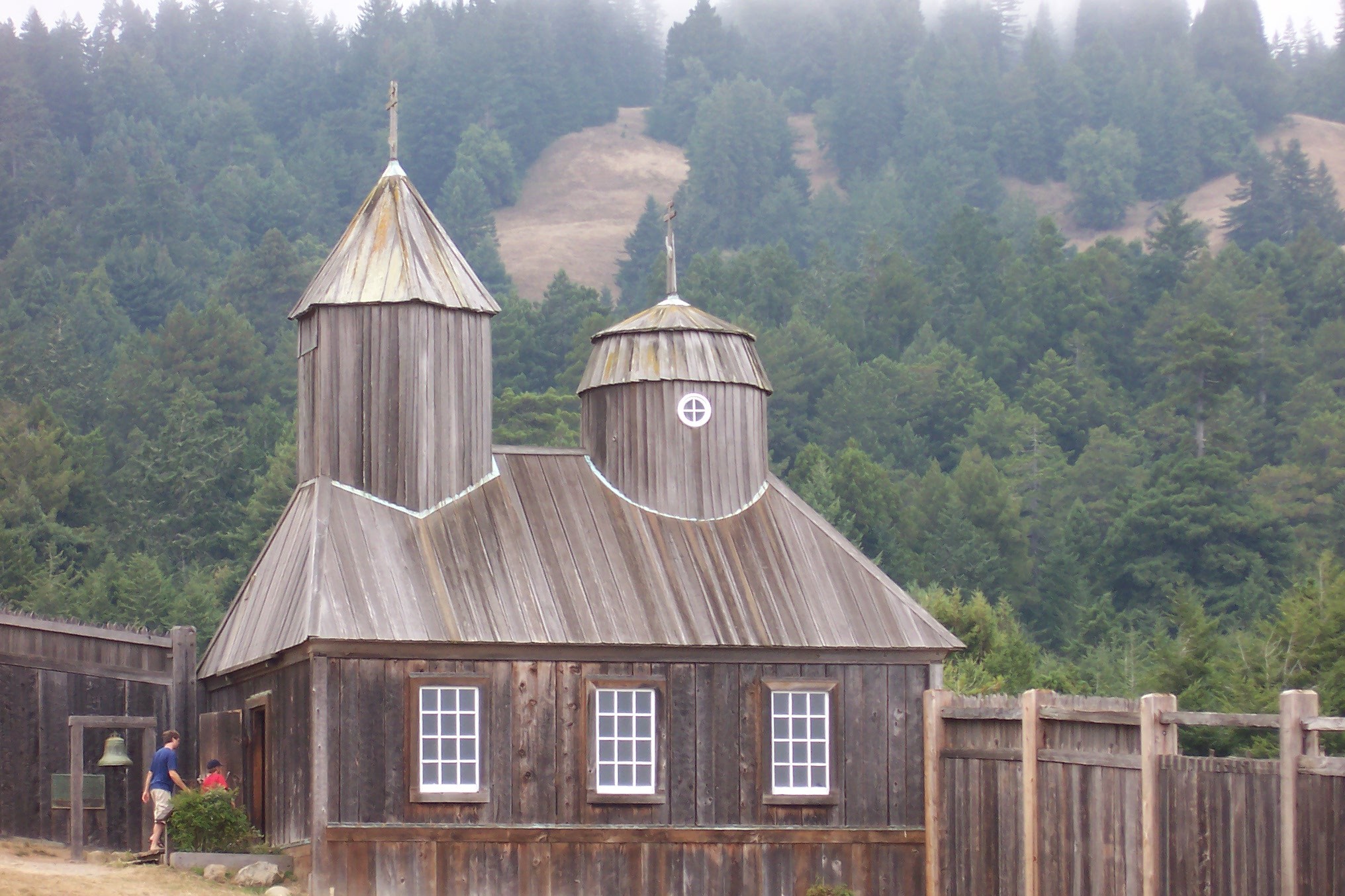 I haven’t been here in years but this site left a large impression on me and made the world feel much smaller. It’s in Sonoma County, in California, on the coast. Originally, it was a trading post set up by Russians who came down from Russian colonies in Alaska. I didn’t know before I visited this place that the Russians made an early grab attempt on California! Sometimes, Americans seem to feel that we were predestined to spread from sea to sea, but the honest truth of history is we were fortunate and there were many other’s in the running. There was plenty to see and run around inside of, imagining we were over a hundred years in the past. Great for kids or getting out.

The National Air and Space Museum 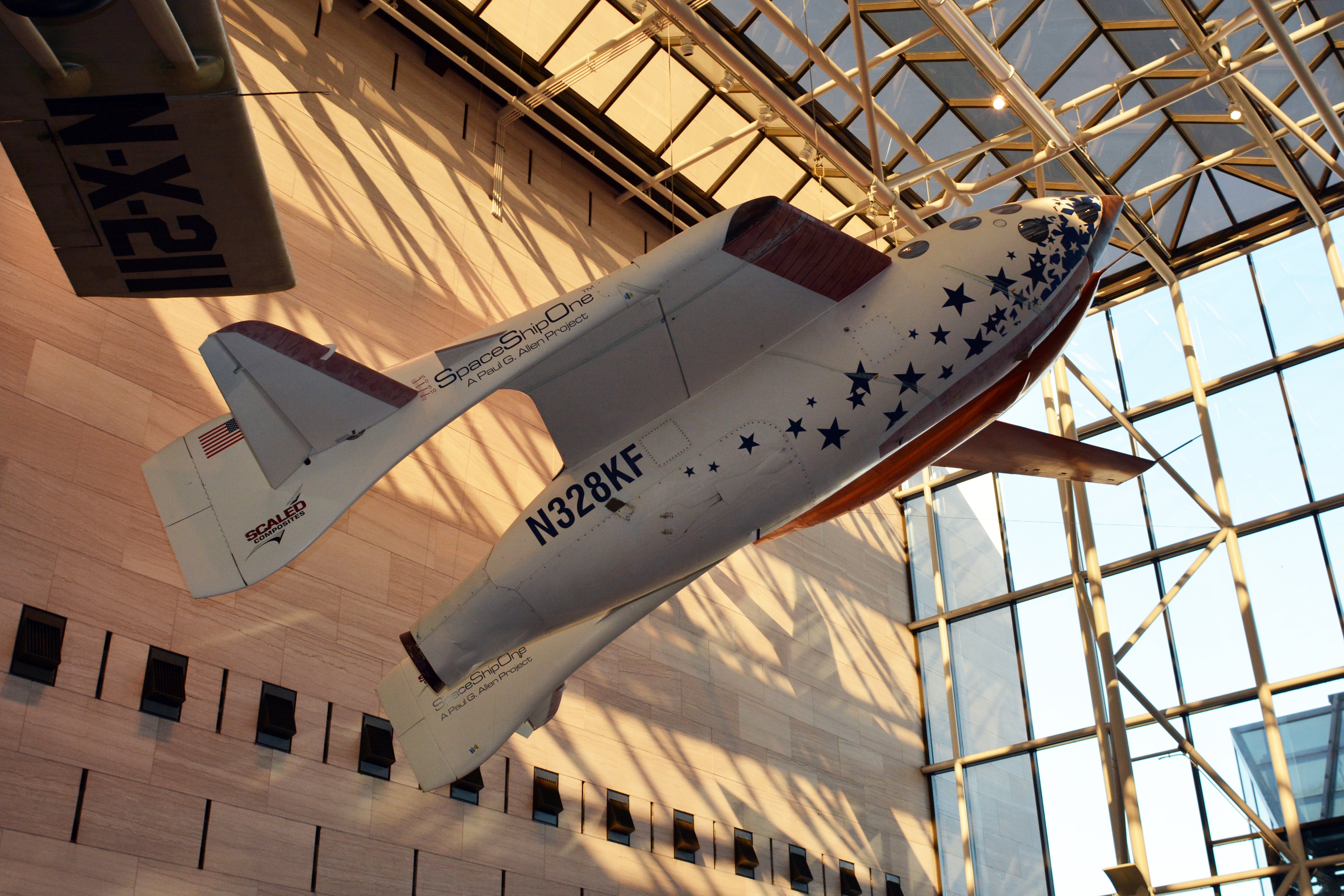 The first airplane in the world is here. Need I say more? Ok, one more hint: go on January 1st. My brother and I got here when it opened on the first day of the year and the place was empty. We were the only ones in the place for at least thirty minutes and had most displays to ourselves for the day. It’s simply amazing and a monument to human ingenuity, not just American’s but others around the world who have contributed to flight.

This place is simply huge and amazing. The gem collection is likely as close as I will ever come to enjoying some of those beautiful pieces of stones. The crystals were simply stunning and beautifully set out. And the food is good. Out of all the Smithsonian museums, I think this place was the best for grabbing decent provender and taking a seat when your feet protest too much.

Please tell me what your favorite museums are and trade advice in the comments below! If you want more details on any of this, just ask. I love talking about travel and history and international politics, just keep it clean and respectful.

Image credits: all photos in this post came from https://en.wikipedia.org.

1 Response to 10 Shrines of History, Politics, and Wonder – a.k.a. Museums